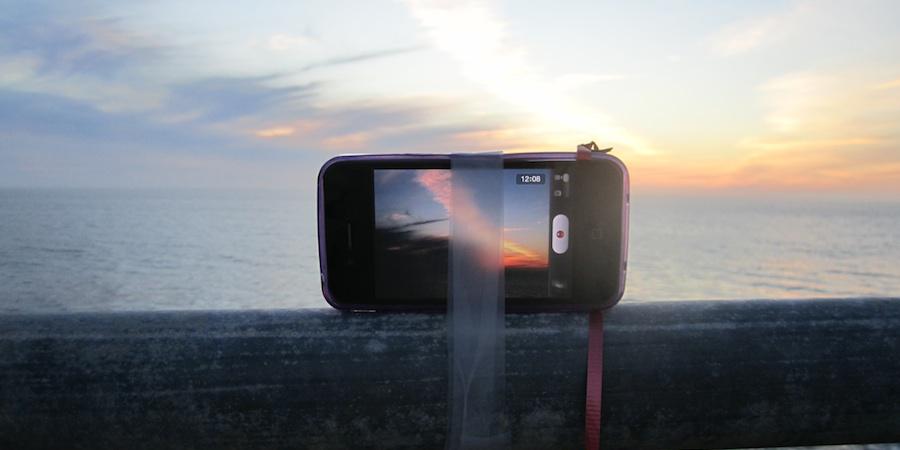 This is what is great about the Internet. It goes two ways: you view, but you also create what is viewable. Instead of using one resource for information, like a book, there are hundreds of variations. It’s folk knowledge.

On April 6th, 2009, David Horvitz posted a picture with his head in the freezer titled “241543903” via his Flickr account SanPedroGlueSticks. On April 10th, the same numeric sequence “241543903” appeared in a Tumblr post which provided the following instruction for readers. A few weeks later, a single topic blog dedicated to “Heads in Freezer” was registered under the domain http://241543903.com/ . The site’s main page displayed a headline that read: “Experiencing a MEME in the Making.” Shortly after the first picture was posted, the meme blew up on Google's social network, Orkut, which was then one of the most popular websites in Brazil. Horvitz said that he printed up 100 small fliers about 241543903 and sent them with a friend to Brazil. His friend told him she passed the fliers out to random young people. If the fliers are what caused this image to go viral, 241543903 is a rare case of an internet meme spreading through IRL (=In Real Life) means. Once the head-in-a-fridge meme had taken over Orkut in 2009, spread to Japan, and then jumped to Facebook in early 2010.

David Horvitz is a New York artist known for (among other things) starting a subscription service for his daily photos of the sky or running a Tumblr where he would post instructions to his audience each day. These were generally off-the-wall things like "record a dramatic reading of a YouTube comment fight" or "ask to watch the sunset from the roof of the tallest building near your house." Taking a photo with your head in the freezer and tagging it with the seemingly random number "241543903" was one of these instructions.

All of his actions, however simple, have to do with movement, distance and adventure into the day to day activities on the web. Exploiting the technical and social functioning of different communication systems, Horvitz gathers and spreads images and objects through the Internet, the postal system, libraries or even the airport lost-and-found desk. And beware: normally the focus of his projects is not where you might think it is at first sight. More recently, Horvitz raised controversy within the Wikipedia with “Public Access”, an ongoing series of pictures posted on the renowned open encyclopedia. Horvitz traveled up the Pacific Coast taking photographs of himself (often at a distance, or as a silhouette, or including a tiny detail of himself in the frame) on publicly accessible beaches and then uploading these images to the beaches’ Wikipedia pages. “The reason it’s called ‘Public Access’ is because the images were all photographed on publicly accessible beaches and then they went onto Wikipedia, which is a public commons so there’s a play between the digital commons and the physical commons,” Horvitz explained.

Wikipedia’s librarians (self-appointed, community-approved moderators), responded by tracking Horvitz, removing his pictures or cropping him out of them. Horvitz did the same operation in a series of entry pages related to depression and mood disorders, after realizing that the same images were used to illustrate these concepts on the web and they were often taken from private image banks. Many would use the images hosted on Wikipedia, and so did he.

But one more time Wikipedia’s editors caught him and after several heated debates among users in the forums of each of the entries, in 2014 Horvitz was permanently banned from Wikipedia.