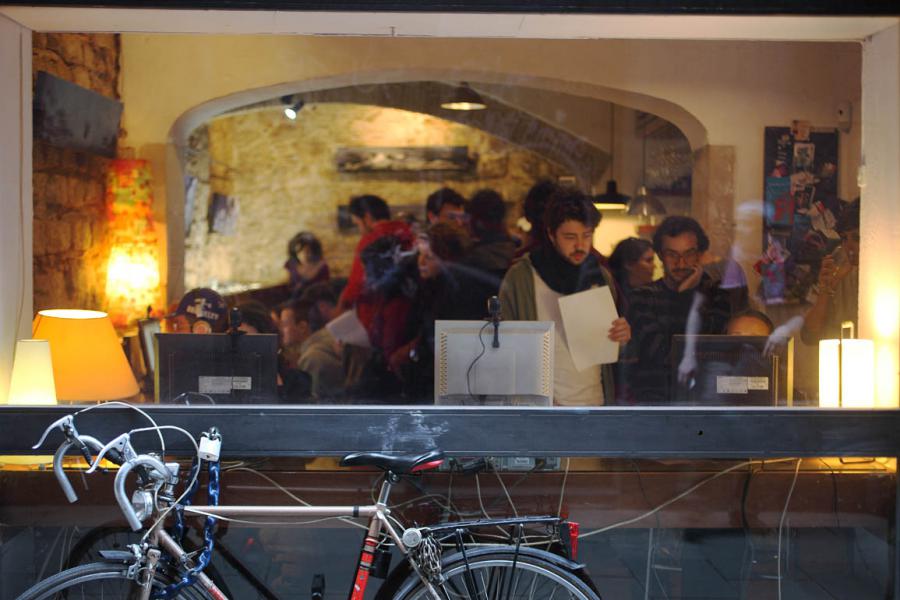 Since the mid Nineties, the Internet proved to be a powerful platform for artists who wanted to bypass the traditional art system and bring their work directly to the spectator (more often a user, a collaborator or a prosumer), outside of any institutional framing.

After the first, pioneering years, for many artists the Internet stopped to be the only legitimate platform of activity, and most of them reconciled with the art world. However, today the Internet is still a radical environment, that is often chosen to make things and explore possibilities not available elsewhere. It is still the place where, in Bijörk, you can start your own currency, make your own stamp, protect your language, make your own flag and raise it. It is the studio, the exhibition place and the audience. It is the place where art happens without frames and labels, where it meets popular practices and occasionally becomes one thing with them. It is, as video was in the Seventies, “the vacancy of art”.

The art that happens there may sometimes migrate elsewhere, but while on the Internet, it often requires its own contexts and platforms. Some of them are started by artists, and often perceived as artistic projects themselves: relational platforms where art, in the best net.art tradition, happens in the dialogue, in the connection, in the exchange, in the collective manipulation of images, data, archives, myths.

Raise Your Flag! is, in a way, a tribute to the two frame projects it happens within: the Speed Show series, started by artist Aram Bartholl in 2010, which reclaims a public space - an Internet cafe - as an exhibition space; and the festival The Influencers.

The show collects works that are, above all, platforms: places of gathering, discussion and organization of online and offline events; production platforms offering simple tools that may help you to join the never ending flow of works; curated or open content aggregators; group blogs; individual artworks that are, themselves, the starting point of an evolving creative process.

Our tip to the user is not only to look at them, explore and enjoy their contents; but also to get involved, contribute, create and share new contents and, when not possible, to steal the idea, upgrade it, start a new platform and raise your flag.

Domenico Quaranta and The Influencers Team, 2011