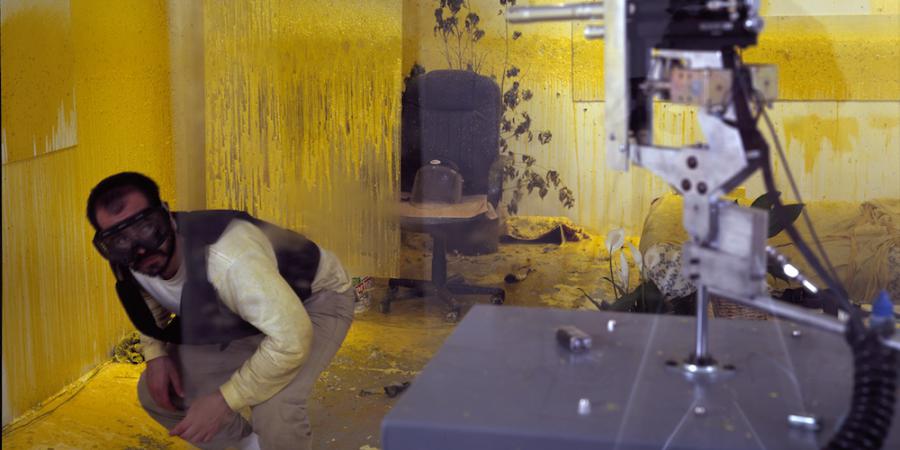 "Wafaa Bilal's childhood in Iraq was defined by the horrific rule of Saddam Hussein, two wars, a bloody uprising, and time spent interned in chaotic refugee camps in Kuwait and Saudi Arabia. Bilal eventually made it to the U.S. to become a professor and a successful artist, but when his brother was killed at a U.S. checkpoint in 2005, he decided to use his art to confront those in the comfort zone with the realities of life in a conflict zone.

Thus the creation and staging of Domestic Tension, an unsettling interactive performancepiece: for one month, Bilal lived alone in a prison cell-sized room in the line of fire of a remote-controlled paintball gun and a camera that connected him to internet viewers around the world. Visitors to the gallery and a virtual audience that grew by the thousands could shoot at him 24 hours a day.

[...] By the end, more than 65,000 shots from a paintball gun had been fired at me by people from 136 countries, many of them spending hours on the website's chat room. It was a grueling experience that taxed me to levels I had not fully anticipated, and the results were inspiring, healing and deeply disturbing."