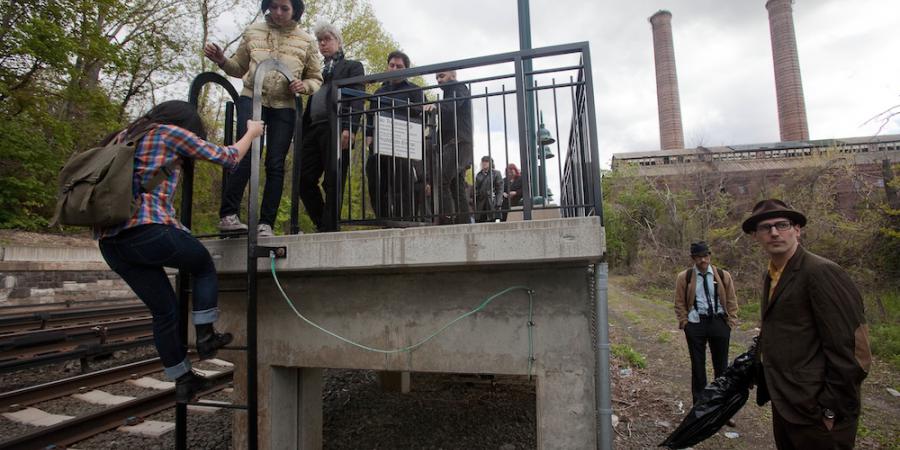 "The thing that they probably haven’t experienced before is the level of complicity that’s required to go through something like this. As an audience member, you’re putting yourself through personal and legal risk to do it, and I don’t think many people ask that of an audience or expect it."

In his surprising and not easily definable actions the taste for risk meets with invisible theater and the power of the evocative. Jeff doesn't bother to ask for permits, an example of what he calls “getting-away-with-it theater.” Jeff Stark has staged secret dinner parties in an abandoned subway tunnels, a grain silo in Brooklyn and at the World’s Fair site in Queens. In 2009, he created a play, “IRT: A Tragedy in Three Stations,” that ran in the subway, with audiences moving between train lines alongside costumed performers. “The Sweet Cheat”, a weird performance inspired by an underground dystopian novel about NYC, was staged at an abandoned warehouse in an undisclosed location upstate. Since the early 2000s Stark delivers NonsenseNYC, a weekly list of below-the-radar happenings and can be considered - paradoxically as it may be - a leading figure in the city’s underground scene.