Reverend Billy & The Church of Earthalujah! 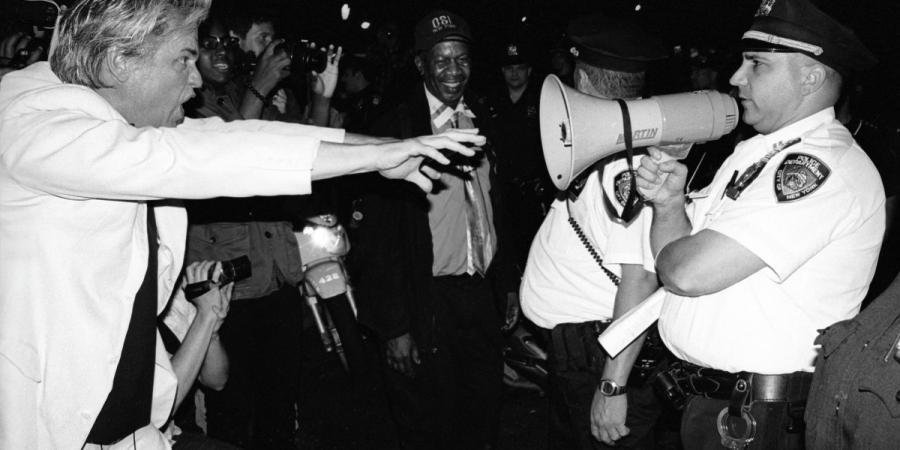 "Corporations are the biggest fundamentalist church in the world - because they claim that they have the answer to the mystery of life.” Reverend Billy from the Church of Stop Shopping (also known as Church of Life After Shopping or Church of Earthalujah) is a fake preacher who doesn't usually preach to the choir, though he has an amazing one that besides singing and dancing is at the same time a grassroots activist group that accompanies the Reverend in his deeds.

Reverend Billy is visiting The Influencers for the second time, after participating in the very first edition of the festival back in 2004, at the peak of neo-lib consensus and before the rise of web-based social networks, the burst of credit bubble and world economical crisis, and the resulting wave of creative protests that spread all over the world.

In his genuinely mock sermons, shows, and other actions in the public space and in shopping malls, Reverend Billy urges people to get rid of their consumeristic habits, and to fight for economic justice and environmental protection. The Reverend is a popular hero who blurs the limits between imagination, utopia and reality. His performances are a threat for big corporations (he has been arrested dozens of times), while they arouse enthusiasm in everyone else.

In 2009, the Reverend decided to run for New York City Mayor as Green Party candidate, but the majority were afraid to jump on in this deadly serious joke and voted for the reelection of megabuck millionaire Bloomberg. Reverend Billy has taken part since the beginning in the Occupy Wall Street/We are the 99% movement. In november he was (again) arrested, with other 15 people, while demonstrating at Goldman Sachs headquarters. Billy has visited -or invented- several Occupy in the US territory: Occupy Broadway, Occupy Iowa, Occupy Des Moines, Occupy Detroit, or Occupy Christmas.

Together with Savitri D, Reverend Billy is the author of a couple of books and of the documentary What Would Jesus buy?, that will be shown during The Influencers 2012.

“- If you could ask God one question what would you ask?
- Did you create me before I created you?”