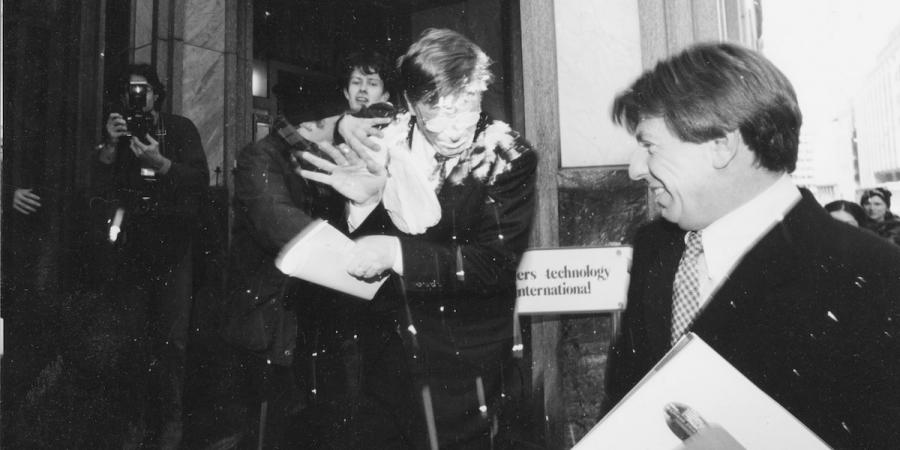 BBB are a network of militant bakers armed with pies that are ready to change the world. They stand for ecology, bioregionalism, human-scale economies, and proper gastronomics, and their method is inspired by Noël Godin, who has been pieing public figures since the '70s at the head of the International Patisserie Brigade.

"Pieing doesn’t replace other forms of action, but it is a creative tool in a toolbox of resistance to corporate crime. People are sick to death of writing letters, voting, complaining and just being ignored." In the late '90s the BBB found that throwing a pie in the face of free market economics guru Milton Friedman could be much more effective in terms of media coverage than the usual demonstration with hundreds of people shouting slogans and shaking placards.

Among other distinguished BBB's victims we may find Bill Gates or Renato Ruggiero (who was then a barely known director-general of the World Trade Organisation - the pie contributed to rising his popularity), Keith Campbell (the scientist who cloned Dolly the sheep), Kenneth Derr (ex head of Chevron and currently a manager at Halliburton) and several US city mayors (including Willie Brown, from San Francisco).