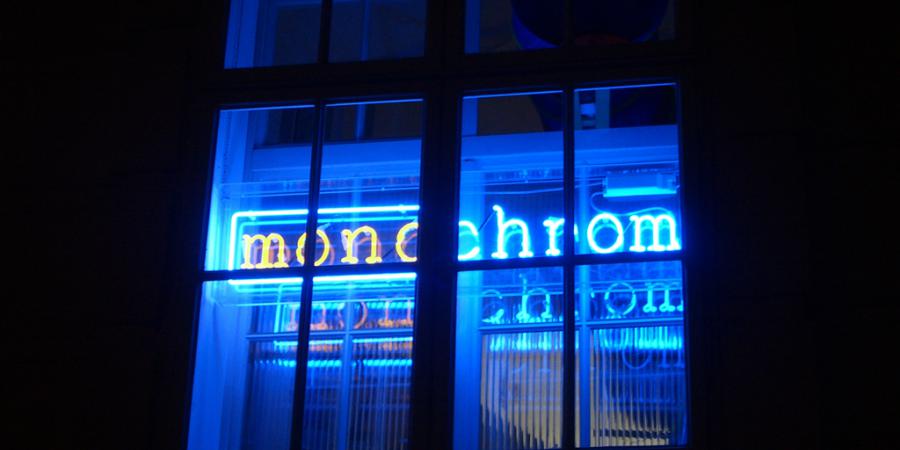 monochrom is a worldwide operating collective dealing with technology, art, context hacking and philosophy and was founded in 1993. So to sum up, monochrom is an unpeculiar mixture of proto-aesthetic fringe work, pop attitude, subcultural science and political activism. Their mission is conducted everywhere, but first and foremost in culture-archeological digs into the seats (and pockets) of ideology and entertainment.

monochrom released a leftist retro-gaming project, established a 1 baud semaphore line through the streets of San Francisco, started an illegal space race through Los Angeles, buried people alive in Vancouver, and cracked the hierarchies of the art system with The Thomann Project. In Austria they ate blood sausages made from their own blood in order to criticize the grotesque neoliberal formation of the world economy.