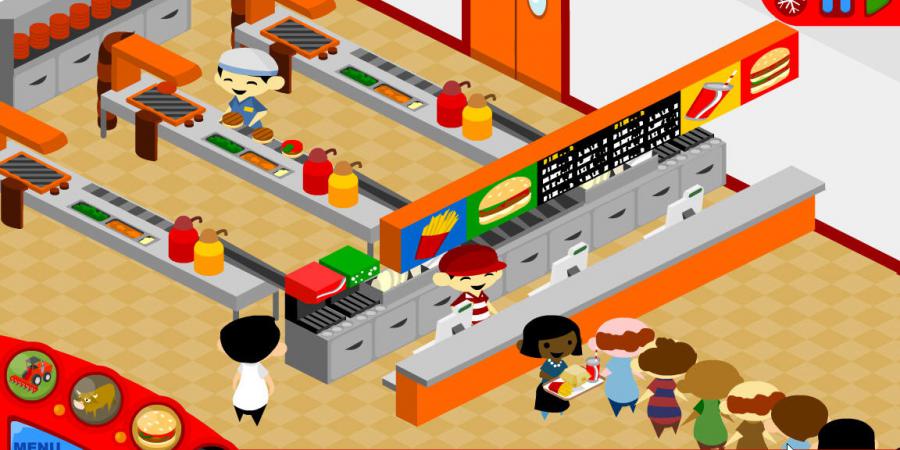 "Don't hate the media, be the media!" So went the explosive slogan of one of the first anti-economic-globalization demonstrations, Seattle 1999, which quickly became the motto of the global counter-information network Indymedia. Molleindustria is an Italy-based collective of artists, designers and programmers who have reappropriated videogames as a popular form of mass communication. "Our idea isn't to compete directly with the entertainment giants... Given our meagre resources we can only take the guerrilla path, so we focus on small, simple, powerful objects such as comics".

In "Tuboflex", you are a worker hired by Tuboflex Inc., the largest and most innovative human resources company in the world. Their system of pipes and tubes sucks you up and spits you out from job to job to the lounge room of your house, where you sit and wait for the next "garbage" contract.

You can also keep playing with your sexual orientations in "Queerpower", or become the Pope in "Papaparolibero" and declare whatever nonsense you fancy to the whole world. Or check your business sense or the results of your good intentions in "McVideogame", which allows you to manage the whole production process of the biggest fast-food multinational company on the planet, from the farms to the cynicism of the managers, without forgetting food experts or your creative staff, the "modern" kids who will help you transform your transnational into a fashion craze.