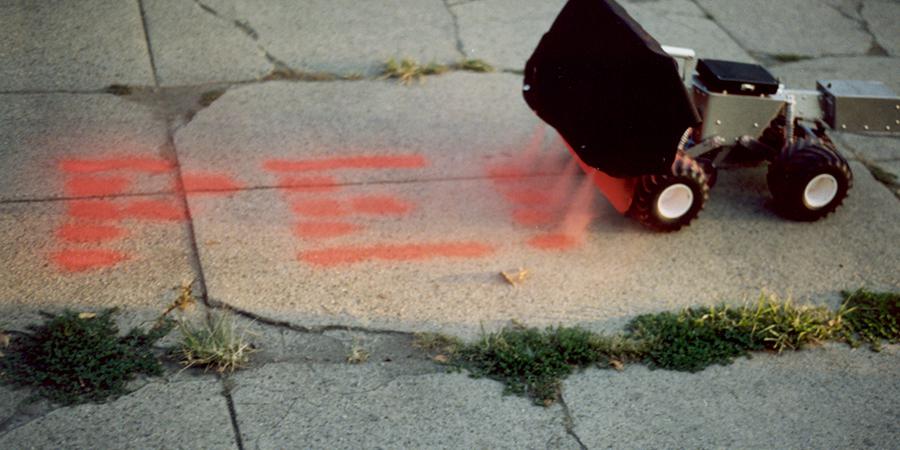 The Institute for Applied Autonomy was founded in 1998 as technological and development organisation concerned with individual and collective self-determination.

« If the technology of repression becomes stronger and stronger - affirms the IAA - but economically always less sustainable the IAA has identified the already emerging market of cultural insurrection as the most stable market in the years to come.» The IAA became famous with projects of robotics such as Little Brother or Graffiti Writer, that invert the traditional connection between research and centers of power. « By making GraffitiWriter publicly available, said IAA. associate Kay Saracera, we accomplish several goals. On the one hand, we are encouraging people to be expressive, to share their thoughts with their communities. Secondly, we are exploring the possibilities of using new technologies to create public spectacles which can alter people's conception of the world around them.»

One of Institute for Applied Autonomy's most recent projects is iSee, a web-based and wireless application based on a real time updated database that allows any user to program urban routes with the smallest exposition to surveillance cameras in New York. «Given heightened awareness of public safety and increased demand for greater security in the face of growing threats of terrorist violence, projects that undermine systems for social control may seem to some viewers to be in poor taste. It is the Institute for Applied Autonomy's position that such times call out all the more strongly for precisely these kinds of projects.»