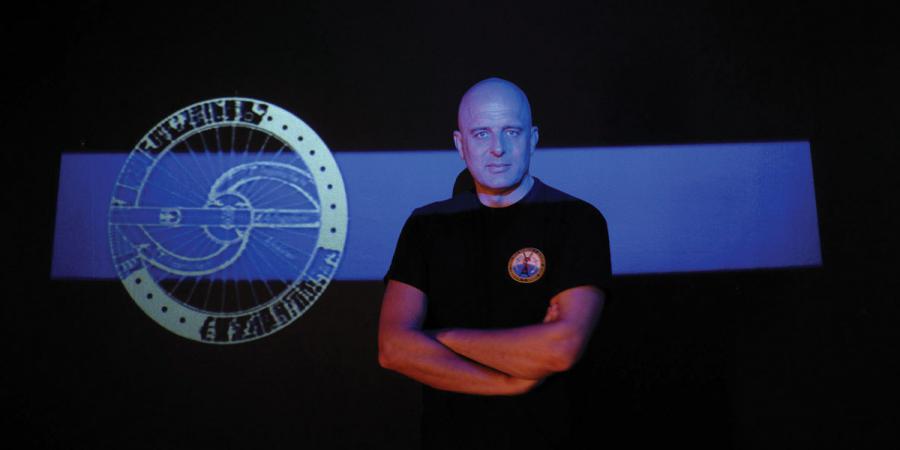 Zivadinov is founder member of Slovenian artist group Neue Slovenische Kunst (NSK), which is now considered as one of the milestones of European artistic experimentation in the last 20 years. NSK began operating in 1984 as a large collective, a union of various groups brought together by their shared way of thinking and similar style of expression through different media: popular music, visual arts, graphic design, theater, philosophy. Dragan Zivadinov is the founder of the Noordung Cosmokinetic Cabinet (named after the Slovene space scientist Herman Potocnik Noordung), which evolved from the Scipion Nasice Sisters Theater and the Red Pilot Cosmokinetic Theater. In 1995, it presented the capital project "One Versus One", with restagings taking place every 10 years. The next one is due to be held in Moscow just a few days after The Influencers. The show will play until 20 April 2045. The place of those actors who die in the meantime will be taken by a mechanical symbol, their spoken text represented by sounds (melody for women, rhythm for men). In 2045 these symbols will be shot into zero gravity space in a capsule. This action is intended to finally abolish mimetic theatre and establish the rule of non-corporeal art.