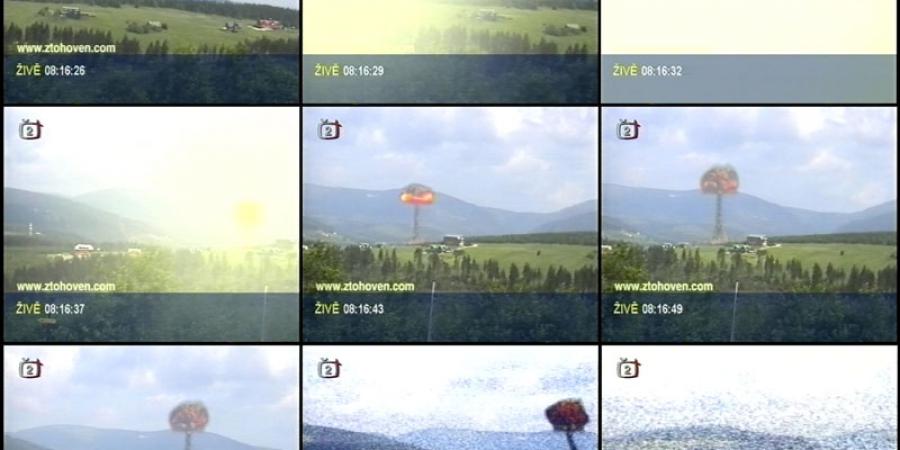 Their successful intrusion in a weather programme on Czech television, where amongst the usual weather scenes they were able to infiltrate the image of an atomic bomb explosion, was spread massively over internet in 2007. This intervention was talked about all over Europe barely 24 hours afterwards and which they themselves called "Media Reality". They were reported by the television channel and the state prosecutor accused the six artists of generating panic and propagating false information, for which they faced up to three years in prison. In March 2008, the judge threw out the case considering it a question not so much of "public disorder", but rather "public entertainment".