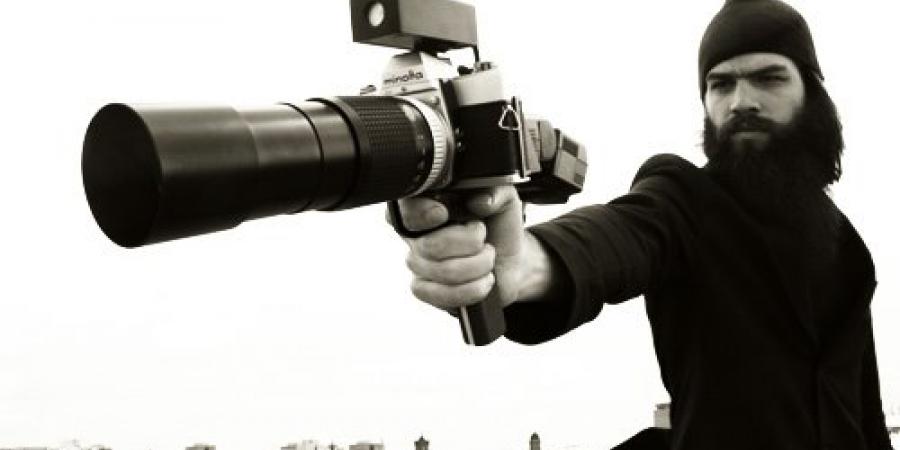 Based in Berlin,  Bismarck is the author of the "Image Fulgurator", among other projects. Bismarck hacked an analog photo camera (the so called "reflex") and literally reversed its normal functioning. This time it doesn't work to record the reality in front of the camera, but to perform just the opposite: the Image Fulgurator has a flash light behind the film that turns the camera into a projecting device. The image remains invisible to the human eye, but is recorded in the pictures shot by other people's cameras. When photographers look back at their images they find something unexpected: unknown images entered without permission the private or public space of their images.

Von Bismarck seizes the opportunities offered by events with big impact and visibility to test the Fulgurator. One of the most remarkable ones surely was the speech by US presidential candidate Barack Obama in Berlin (july 2008), when Bismarck projected the image of a crucifix right on the podium where Mr. Obama was talking. He also fulgurated the pictures taken by tourists in the open areas of the former Berlin wall, shooting a text that only at first sight seems to be out of context: “hundreds of people die at the border between Mexico and the USA”.