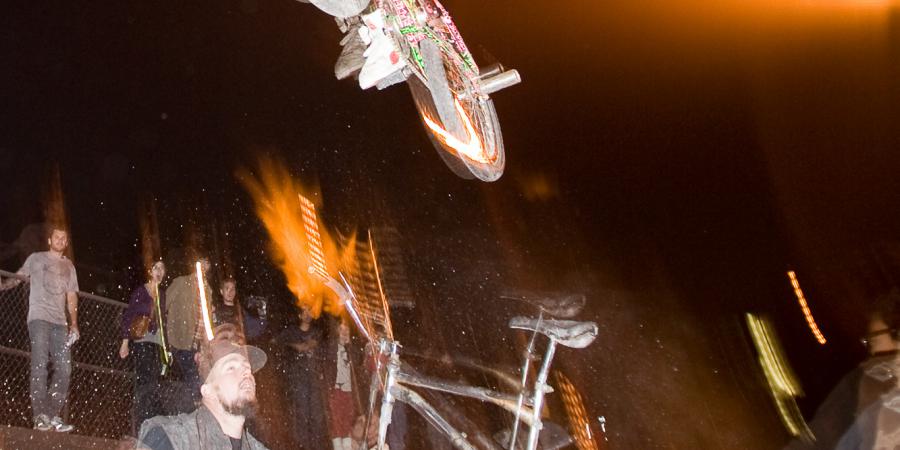 Since its creation in 1992, this informal network organizes unclassifiable events whose protagonists are "mutant" bicycles and their visionary riders that challenge each other in tournaments that are sometimes violent, but always politically incorrect.

In this contemporary, antiauthoritarian version of medieval jousts or the Hell's Angels choppers of the 60s and 70s, we can see an autonomous subcultural form within the contaminated modern metropolis.

The chapters that make up the club across North America, from Minneapolis to New York, Texas to New Orleans, with their customized bike-battles where there is no simple "audience", only participants, have become unmissable events for the members of this big family