The Black Chamber exhibition is a selection of some of the most significant works by a generation of artists and activists who devise both technological and social tactics to peek into contemporary phenomena of surveillance and paranoia, including the ambiguity of massive voyeurism and actual systems of corporate or state control over citizens. 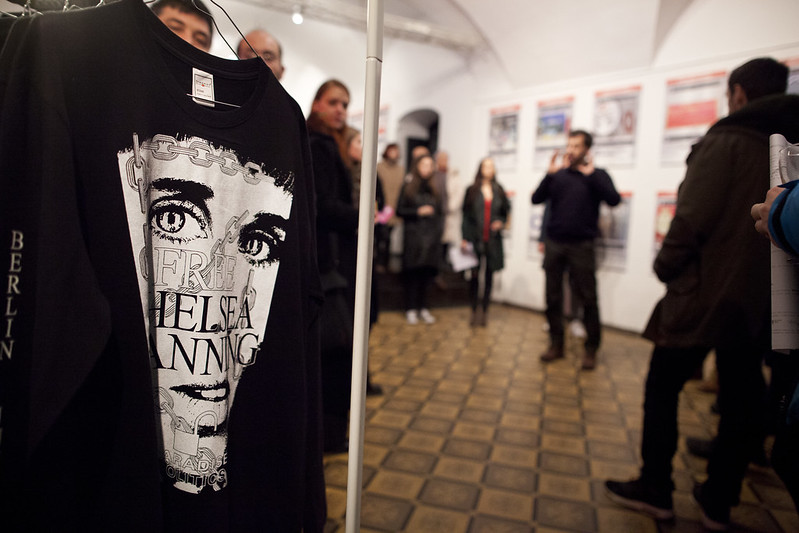 Operating occasionally at the center, though more often at the periphery, of this huge, mysterious, always slippery, and constantly changing patchwork of forces, we find the post-studio artist as well as the political dissident, the unruly technologist or the unconventional journalist. This passionate tangle of people sets out to suggest alternative and always ephemeral ways of disseminating information and countering automatic processes of control over bodies and collective fantasies. They know that no existing map can be fully trusted.

What is actually at stake is both technology's role in shaping global culture and people’s opportunity for technological, social, and even aesthetical empowerment. Adding the precision of investigative journalists or hackers to the passion of explorers or superusers, the artists and activists invited to The Black Chamber translate problematic histories associated with the governance of the infrastructure and the control over people’s imagination into subtle visual forms. 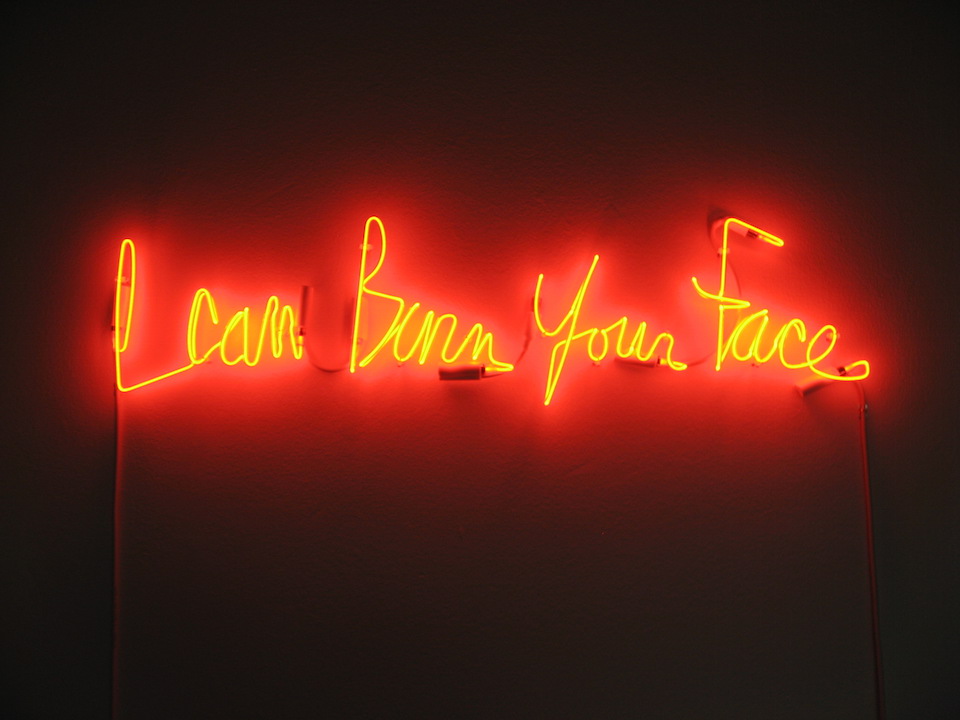 In 2005 Jill Magid was commissioned by the Dutch secret service (AIVD) to make a work for its new headquarters to help improve its public persona by providing “the AIVD with a human face.” So for the next three years Magid met with willing employees in non-descript public places and, since she had been restricted from using any recording equipment, collected secret service workers’ personal data in handwritten notes. Those notes later informed the project Article 12, part of which, in spite of being previously reviewed, was immediately censored, its content redacted, and its visibility restricted by the secret service itself. 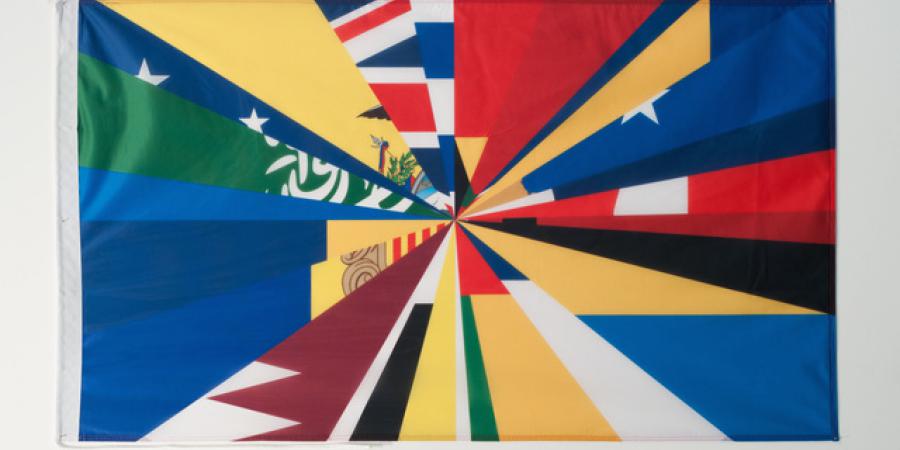 James Bridle’s Citizen Ex flag series are full scale flags based on data from the Citizen Ex project. “Every time you connect to the internet, you pass through time, space, and law,” says Bridle: this information is stored and tracked in multiple locations, and used to make decisions about you, and determine your rights. These decisions are made by people, companies, countries, and machines, in many countries and legal jurisdictions. Citizen Ex shows you where those places are, defining a tentatively new form of “algorithmic citizenship.” A form of citizenship that is formed at the speed of light and which is nomadic by nature, yet revealing the nature of an underlying structure of data, protocols, and rules. 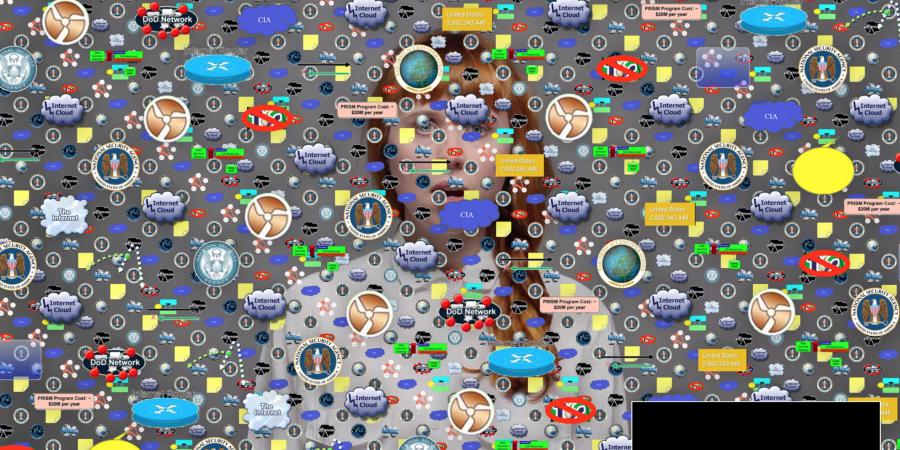 In the age of massive and ubiquitous connection, intimacy, as well as the possibility of real political agency, are paradoxically mediated by “personal” technologies. That is why Edward Snowden’s revelations made apparent government betrayal, but also fundamentally altered our relationship with the network, its devices, and its imagery. Developed in collaboration between singer and artist Holly Herndon and Metahaven, Home heavily relies on a “data veil” made of logos and symbols from Snowden’s leaked documents. As Metahaven said, “WikiLeaks and Snowden used ‘information’ as the raw material for political change, leaving the ball in the court of ‘imagination’ to make the next move.” 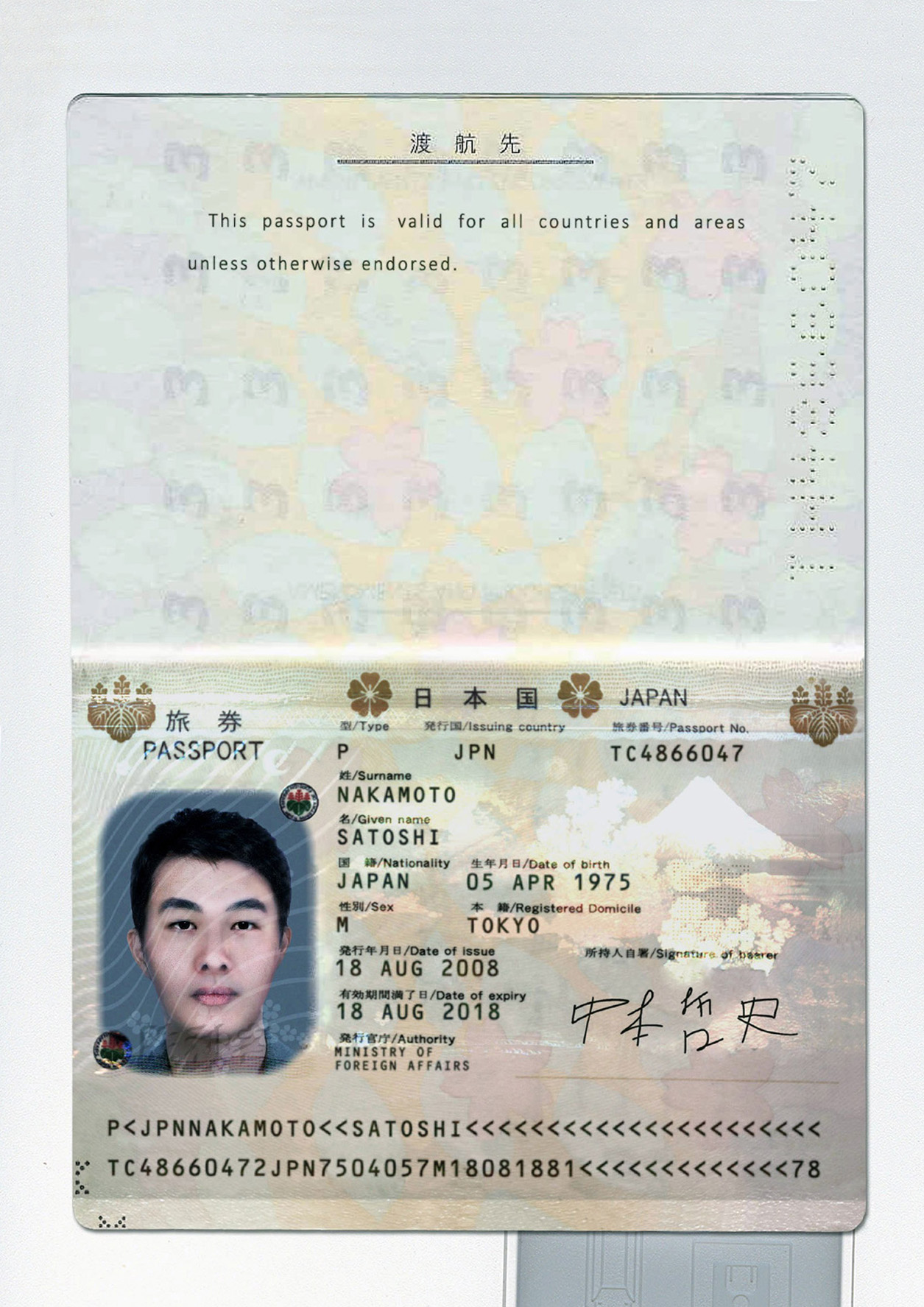 Satoshi Nakamoto is the creator of Bitcoin, a revolutionary and unfalsifiable payment system for performing online transactions anonymously. This virtual currency is widely used on darknets, networks guaranteeing anonymity which have a bad reputation, especially because of the cybercriminal activities they facilitate (drug trade, counterfeiting, etc.). From his first public message until his disappearance on December 12, 2010, Nakamoto made every effort to preserve his identity. Émilie Brout & Maxime Marion decided to produce the evidence of the existence of Satoshi Nakamoto using the technology he created. 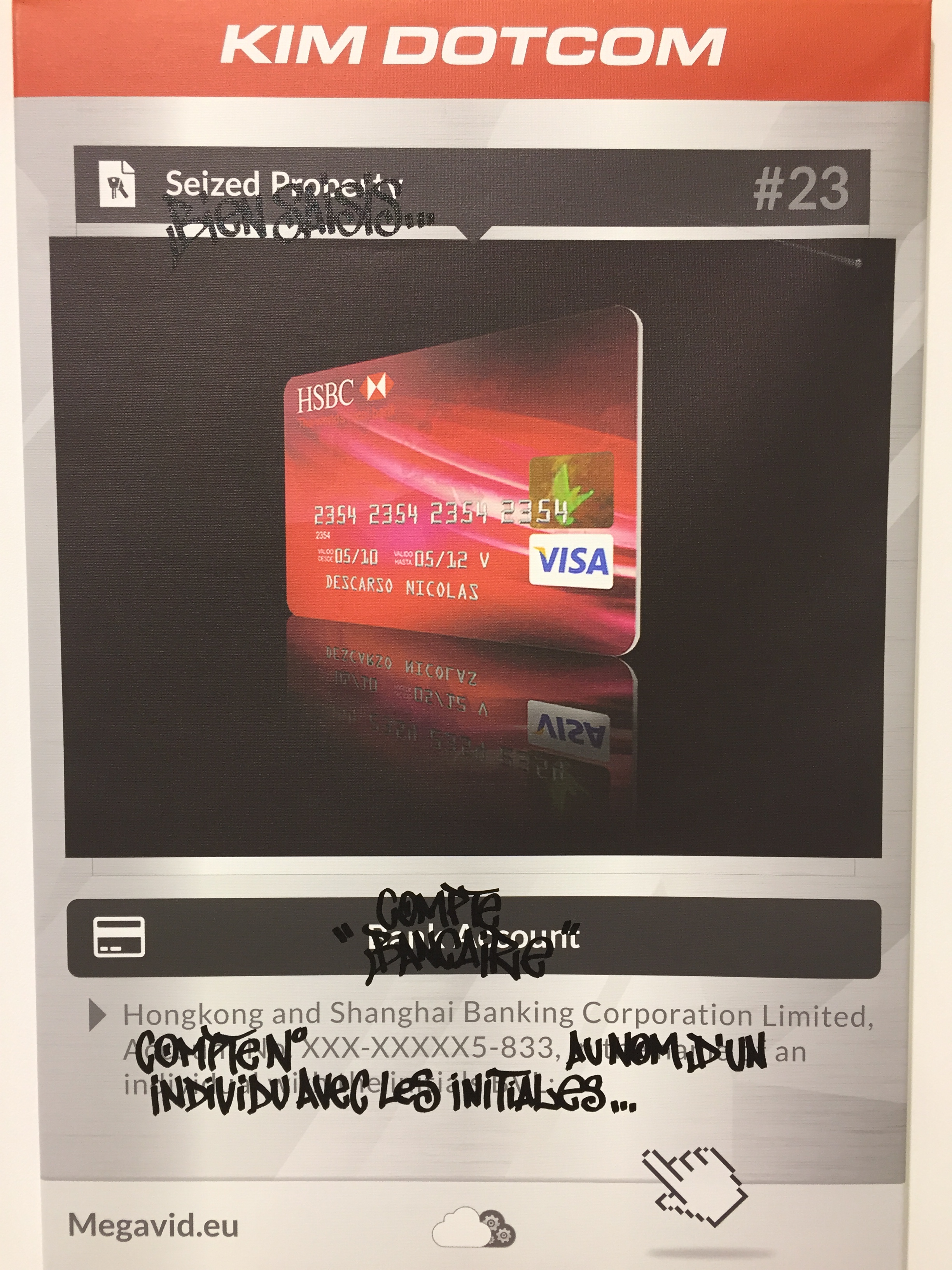 Simon Denny’s The Personal Effects of Kim Dotcom is a collection of copies, rip-offs, and limitations of the “real” contraband. This forms a tangible focus point for what could be seen as one of the most important legal discussions of the moment, entangled as it is with borders, law, entertainment, and what it means to steal, be supervised, and who owns what. 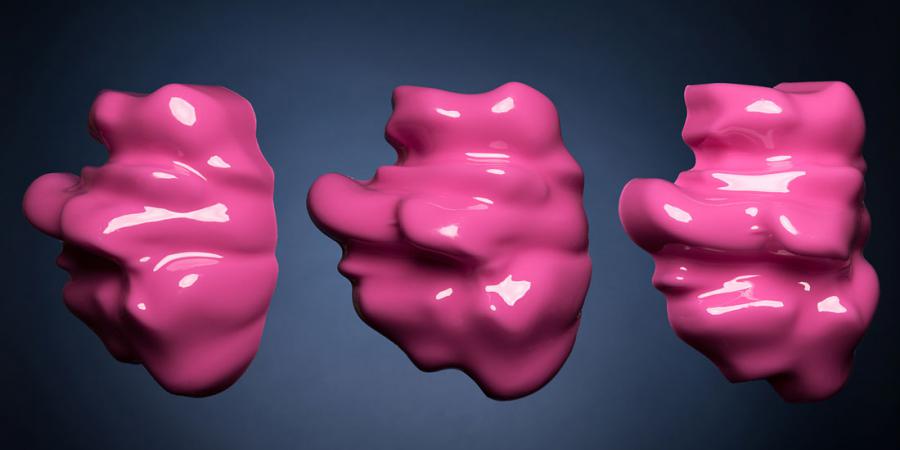 The neon pink Fag Face Mask is one of five masks in Zach Blas’ collection, Facial Weaponization Suite. By aggregating biometric facial scans from a multitude of queer men, Blas created a single facial composite, which he manipulated to create something excessive and shapeless. If gaining visibility in network society means contributing to opaque and private database intelligence, or just being subjected to state surveillance, then Fag Face Mask is an example of what Blas calls “queer technologies,” an experimental form of public, grassroots reverse engineering that challenges the notion of technology as objective, especially when it is used as an instrument of automatic control over the people. 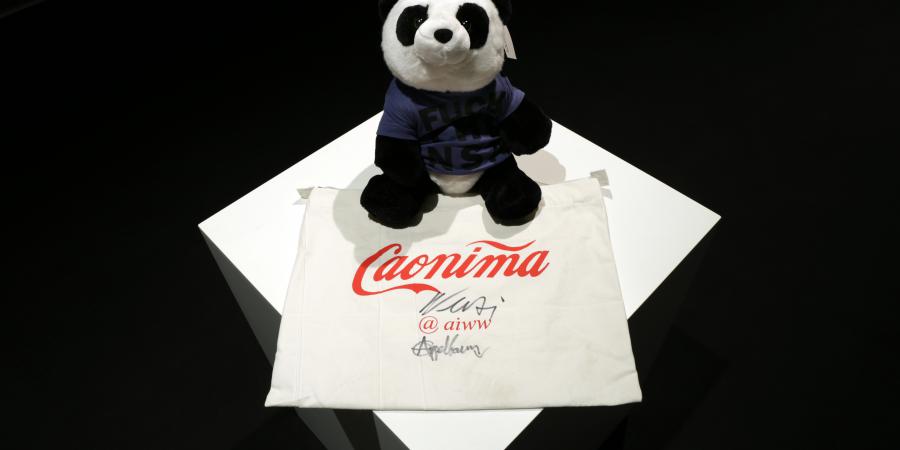 A joint project by Chinese artist Ai Weiwei and hacktivist and political dissident Jacob Appelbaum, Panda-to-Panda is not about surveillance, but about secrecy. Absolute transparency should be for everyone exercising public power; privacy is for everyone else. Unfortunately, the reality of governments and network corporations reveals that the contrary is true. Panda-to-Panda appears as nothing but a sweet-looking stuffed panda bear toy, when in fact it is a condensed version of collective resistance strategies adopted by millions of people in China (“panda” as some popular code word to talk about censorship and bypass it) or anywhere (such as cryptography or decentralized peer-to-peer technologies). The Oscar-awarded filmmaker Laura Poitras caught the making of Panda-to-Panda on film in The Art of Dissent, a short film that shows the personal and political empathy and commitment of three persons who had to flee their countries and were or still are targets of indiscriminate and opaque surveillance because of their activities. 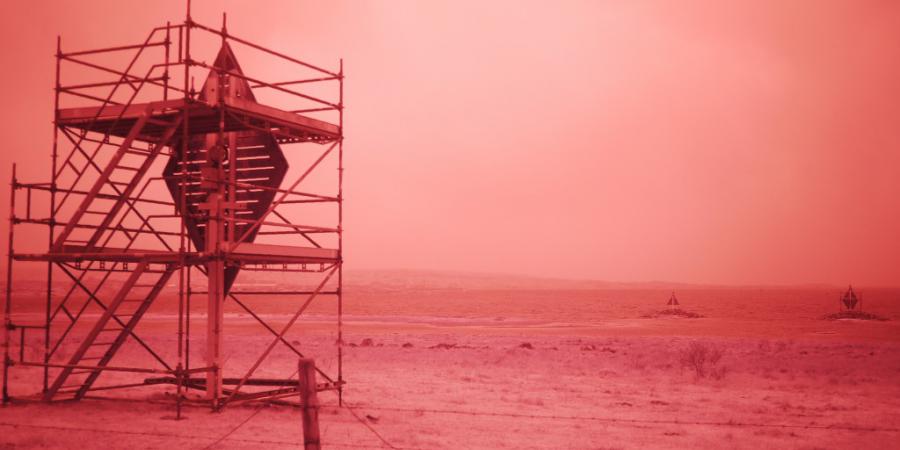 Recently commissioned by Masters & Servers, Evan Roth’s new work Internet Landscapes: Sweden is a series of web based artworks that will allow one to experience the internet’s physical, digital and cultural infrastructure as a landscape depicted by an unusual set-up of infra-red photos, radio frequencies scan, and packet data. Visiting the internet physically is an attempt to repair a relationship that has changed dramatically as the internet has become more centralized and monetized, as well as a mechanism for global government spying. 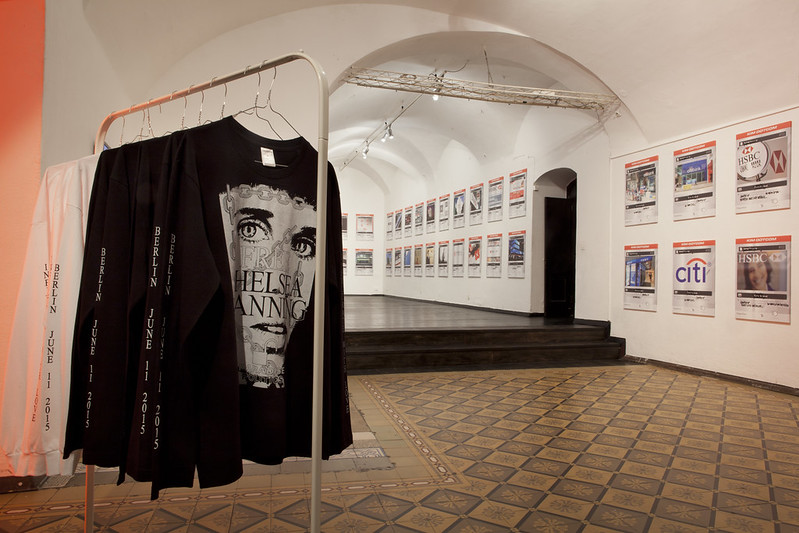 The Black Chamber is realized in the framework of Masters & Servers, a joint project by Aksioma (SI), Drugo more (HR), AND (UK), Link Art Center (IT) and d-i-n-a / The Influencers (ES).

SUPPORTED BY: the Creative Europe programme of the European Union, the Ministry of Culture of the Republic of Slovenia, the Municipality of Ljubljana, Istituto Italiano di Cultura in Slovenia.