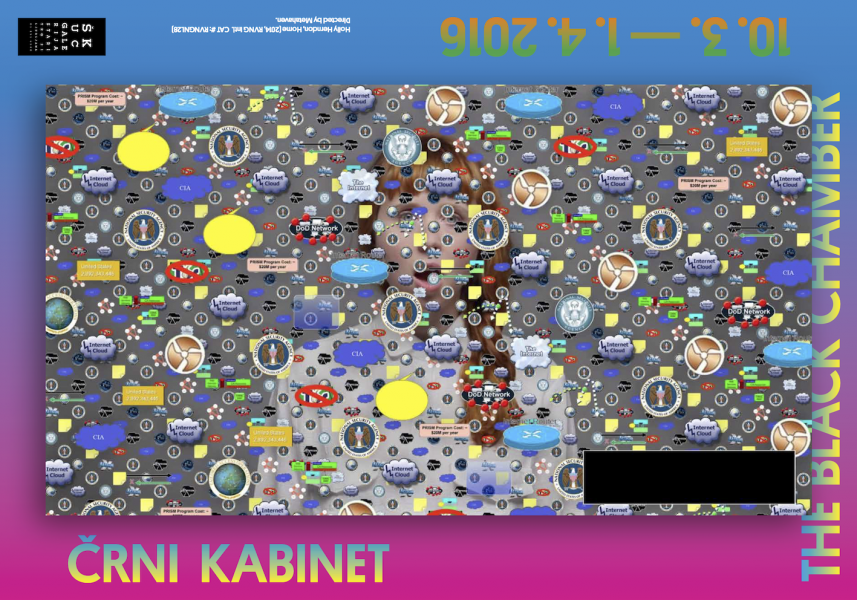 How did the internet go from the utopian free-for-all, open source heaven, libertarian last frontier to the current state of permanent surveillance, exhibitionism and paranoia?

The Black Chamber is realized in the framework of the international project Masters & Servers, a joint project by Aksioma (SI), Drugo more (HR), AND (UK), Link Art Center (IT) and The Influencers (ES)  supported by the Creative Europe Programme of the European Union.