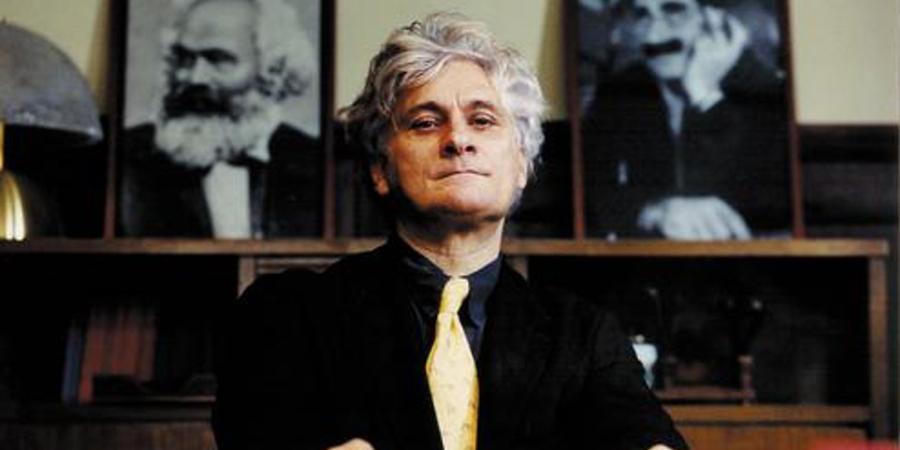 Franco “Bifo” Berardi is a cultural agitator, a media activist and a transdisciplinary philosopher.

What happens to political thought, practice, and imagination when they lose hold on “the future”? The future is a great and empowering myth, but few believe it any longer: the future is unpredictable. Contradictory evidences of present and upcoming scenarios are well known and yet their consistency is often null, dissipated in the schemes of financial capitals and the never ending flows of meaningless content over ubiquitous communication media.

The future was itself a highly suspect temporal form, says Bifo. It was some sort of “imaginary effect” of the capitalist mode of production or the schizophrenic projection of utopia onto virtual communities, cyberpunk science fiction or the Internet. So, “what should be done when nothing can be done?”, asks Bifo. One possible answer lies in some sort of dystopic irony: “While irony does not postulate the existence of any reality, cynicism postulates the inescapable reality of power, particularly the power of Economy. Irony opens a game of infinite possibilities, whereas cynicism merely disassociates itself from ethics and possibility. The cynical mood begins with the belief that ethical action is doomed to failure.”

As a philosopher and researcher, Bifo has cast an avid gaze over matters as complex as the irreducibility of the human body to the imperatives of economic discipline, including industrial automation and digital connectivity. In many of his essays he explores the devastating impact of the contemporary acceleration of info-stimuli on the human psyche and consciousness, drawing on the political significance of the loss of touch between the individual and the social body. His thought on those matters is deeply linked to a personal and collective involvement in different political contexts - the rebellion and repression in the 70s, the communal healing in the 80s counter-cultures, the emergence of new on-line utopias in the 90s and the counter-global movements of the 2000s.

At the same time Bifo has combined his personal engagement with an ongoing experimentation with social movement media. The first most prominent example are the magazine A/Traverso and the experimental community radio Radio Alice, both founded in Bologna in the mid-1970s. In the late 1990s, he launched the e-mail list Rekombinant and, in the early 2000s, the community television Orfeo TV. The latter sparked Telestreet , a national movement of micro-pirate TV stations that claimed to counter the media monopoly of Italian Prime Minister Silvio Berlusconi.

His last book, “Heroes” has been published by Verso in 2015.