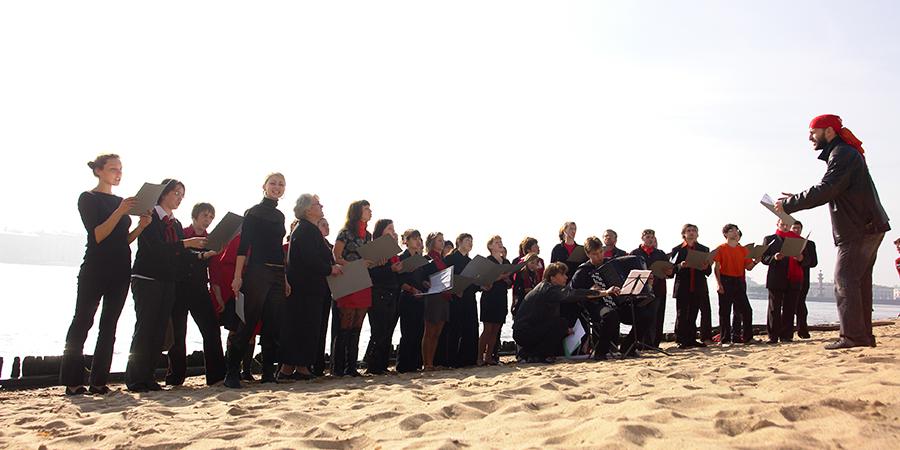 The works of Tellervo Kalleinen and Oliver Kochta-Kalleinen adopt a number of different styles and approaches, mixing up open participation, social camouflage, performance and video storytelling. They set up apparently simple mechanisms where daily life meets utopia and collective imagination. In their unusual interventions from within the social machine Tellervo and Oliver set up scenarios to expose two on-going social frictions: the continuous tension between the individual and her community and the feedback loop between the perceived “reality” and fictional processes, both individual and most important of all, collective. That is what Tellervo and Oliver try to make visible, and maybe subtly affect or transform.

Their method is based on the cooperation between participants with no art or political experience, with nearly no preparation and in some cases even randomly chosen. In some respect the whole Tellervo and Oliver’s work could be seen as the process of rebuilding some sense of cooperation through any sort of weird, mediated experience, especially through imagination and fantasy, that is, through some sort of non-computer “social media”. Based in Helsinki, Tellervo and Oliver have organized the first Summit of Micronations, where they invited representatives of the tiniest, self-proclaimed nations on Earth, each with its own self-established symbols, rules and foundational mythology. Years later they launched the idea of the Complaints Choir, an open-ended experiment where people are invited to share their  complaints, whatever they might be, and sing them along as a formal choir. In I love my job invited workers to write scripts about their worst working place nightmares and then shoot short films and project them in public. For the Dreamland short films series, they picked as main character the President of Finland as she was dreamt by common people, in the most surrealist and often nightmarish situations. Recently for the Archipelago Sci-fi project, they asked the people living in the Finnish archipelago to imagine the future of their land. They chose the most positive and the most dystopic ones and with them they asked the same people to shoot some short films, written and performed by the participants.

“Situations that are a little bit absurd and are separate from the conventions of life release energy and ideas. Our work is to create these situations and to meet the people who face them,” says Tellervo. “Participating art may create win-win-situations between the artist and the participant without the need for an artistic compromise. The motivations of both the artists and the participants meet in a unique situation that offers something surprising to everyone.”