In the last few years Katja Novitskova emerged as one of the most innovative visual artists in the so-called “post-internet” scene. After the release of the famous Post Internet Survival Guide Novitskova started to investigate the production of imagery by other agents. The images captured by scanners, cameras and satellites - from laboratory organisms to the flows generated by the image processing algorithms - make into eerily beautiful sculptures entangled in a weed of wires and everyday technologies. Katja Novitskova’s de-humanized imagination materializes and amplifies the traces of a new type of exploitation of life itself. 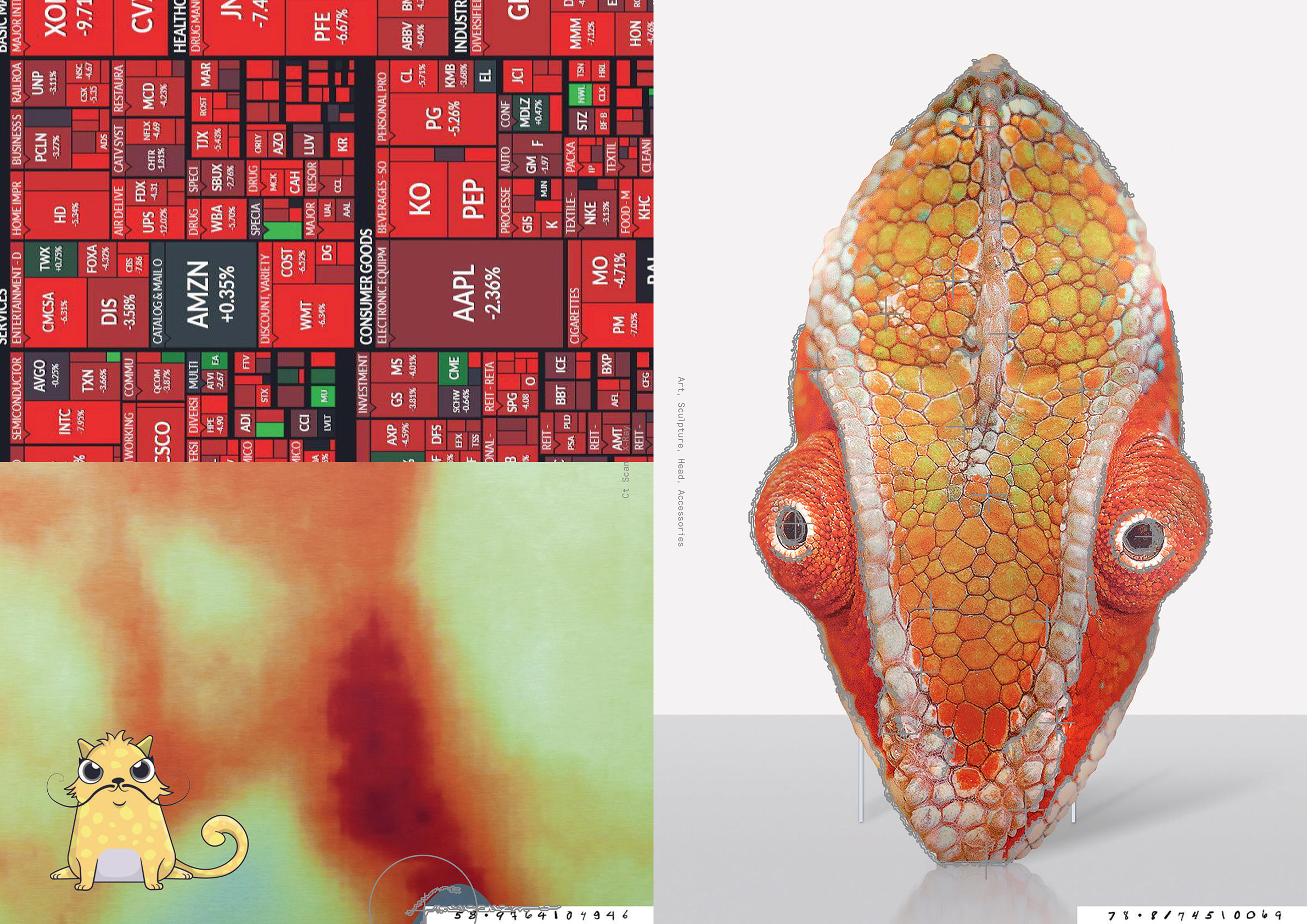