Heather Dewey-Hagborg is an information and bio-hacker artist. Her controversial bio-politic artistic practice includes the project Stranger Visions in which she creates sculptures of human portraits from the analysis of genetic material (skin, stubs of cigarettes, chewed chewing gums) collected in public spaces. 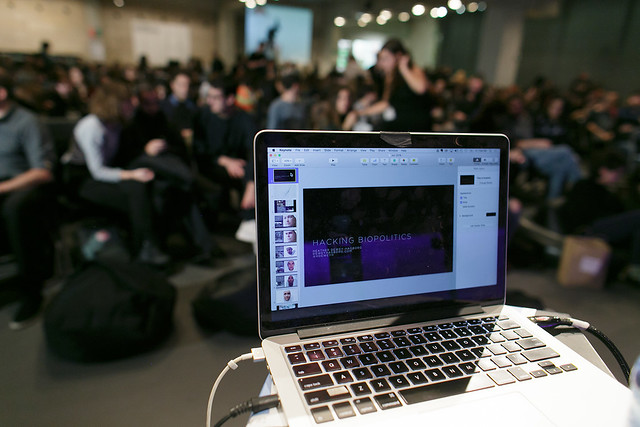 “We are surrounded of human biological rests and this information is every day more valuable because although many companies like 23andMe are sequencing the genomes of his customers to anticipate possible illness, are also creating databases of DNA and this in the future will mean to know everything of a person. To clone and supersede the identity of somebody, even though it still feels like a science-fiction scenario, begins to be a reality", ensures to Silicio Heather Dewey-Hagborg. “Stranger Visions is a provocation designed to stimulate the cultural dialogue on the surveillance and the forensic genetics. We are concerned by the attitude of the young, his indifference in sharing his personal data with everybody, but here we are, losing air, nails, skin and leaving saliva behind us all the time, without thinking about this as information". Stranger Visions is a work in progress and his codes and developments are publicly shared in Github.