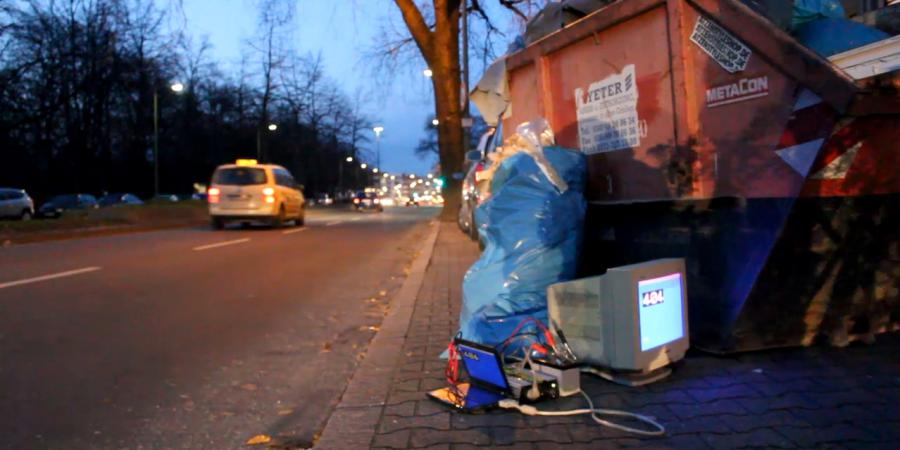 Aram Bartholl explores the intersection between internet technologies, their daily use, digital (sub)cultures and what we still tend to call "reality". The versatile communication channels are taken for granted these days, but how do they influence us?, asks Bartholl. He doesn't just ask what the people are doing with the media, but what media do with people. And to do that he adopts the very same techno-jargon, styles, artifacts of network cultures. Add lots of little cunning hacks and a playful attitude and you will get a glimpse of how Bartholl exposes the tensions between the public and the private, the on-line and off-line worlds, the passion for digital life and our daily routines. Basically, he usually sets up public interventions and installations where parts of the digital world can reach back into reality, a reality that turned totally post-digital.

The DIY movement, networks politics and the development as the Internet as a new public sphere are some of the main ingredients of Aram's works and in general of his contributions to the Internet-based artist group Free, Art & Technology Lab, also known as F.A.T. Lab (which Evan Roth first introduced at The Influencers 2012 - check it out!).