Monira Al Qadiri is a visual and performative artist who explores unconventional gender identities, “petro-cultures” and their possible futures, as well as the legacies of corruption.

Born in Senegal, raised in Kuwait, and educated in Japan, Al Qadiri adopts a range of imaginative strategies to shape histories both personal and political: Arab soap operas, Gulf War–era images of burning Kuwaiti oil fields, traditional elegiac songs, decontextualized industrial artifacts, and science fiction all figure in her manifold work, which subtly puts otherwise unnoticed networks of capital and labor into the foreground. Dark humor often drives the artist’s speculative, uncanny scenarios, which simultaneously look back at and probe possible futures for local imaginaries in a networked world.

At The Influencers 2019 Monira Al Qadiri will perform "Petrochemicals in Purgatory", a semi-fictional lecture/performance where a pre-oil past meets possible futures without petroleum.

“There is a void in the history of the region. As we are in non-democratic societies, history is always a kind of taboo. We’re not really supposed to talk about poverty, or about ways of life, or industries that existed, that were the norm before oil. Oil is seen as this mystical substance that came to us and that we’re the chosen people. The history is sanitized [to become this Disney-esque “Vay! Pearl Songs!” They make these ads now, where old men who used to be pearl divers are on their iPads on their boats. But of course nobody does this! None of it reflects any kind of reality. It’s so distorted now, to a point that it’s become absurd...

So this is not nostalgia at all. You need to know your history in a more realistic form, especially that in the early 20th century a lot of this information is blacked out because there were so many mini-wars and coups… Sheiks killing other Sheiks, and tribes killing other tribes, and so much blood. There is this huge period that is very vague and nobody really knows what happened because now we’re just being taught this official history, “This is your country. It was founded in 1961, we’re new. Before that? We don’t know.”

So my work is about this terrible acknowledgement of history and, of course, thinking about the future because the petroleum interval in history is going to be very short, it’s not sustainable. Everybody knows that, even though our governments ignore it, but it’s the truth. We’re the freaks of this weird time.” 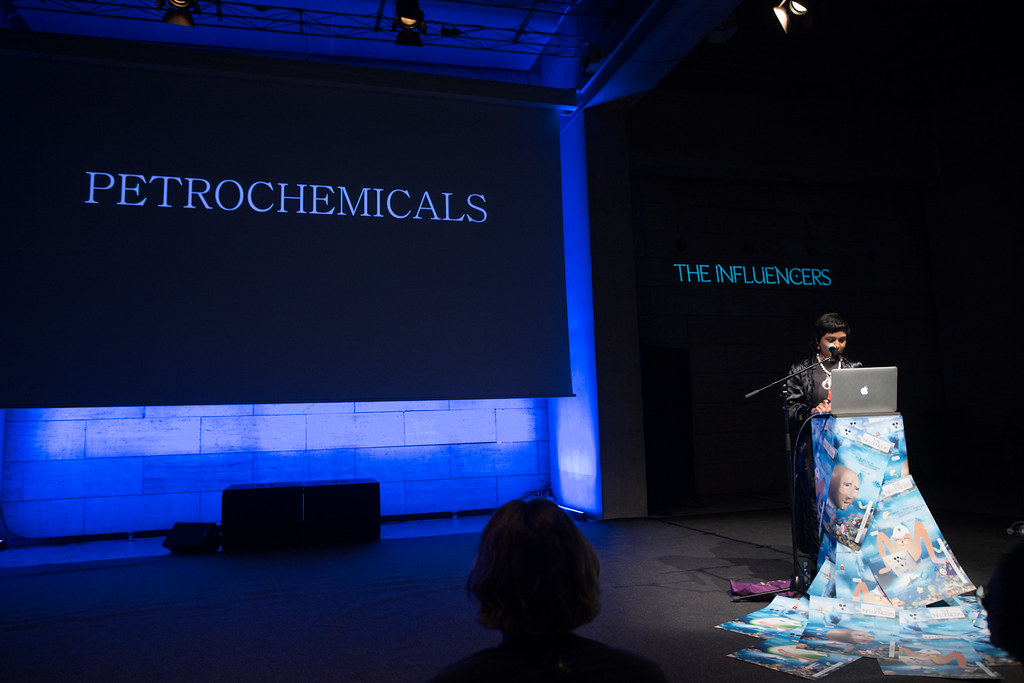